Thanks to Rick Hatfield for seeing this obituary and passing it on for www.fountainvalley74.com.

Tom Landis, longtime resident of Camp Sherman, died peacefully at home with his wife, Madeleine, by his side, almost a year ago.

He died after a remarkable six years fighting esophageal cancer and subsequent mycobacterium infections in his lungs.

Tom was born in Long Beach, California to Bettie and Robert Landis. Raised in Los Angeles, the central themes of Tom’s life were the mountains and the ocean. His family spent weekends hiking in Southern California mountains and in summer they took week-long trips in the High Sierra with the Sierra Club. Tom often backpacked with his Boy Scout troop, becoming an Eagle Scout in Troop 121 at age 16. He knew a lot of useful knots! As an adult, he led Sierra Club trips and private groups, often teens, in the Sierra, and later with llamas in the Cascades, Steens, and Sierras.

His love for the ocean began with summers living on Balboa Island with his grandparents. There he learned everything ocean: swimming, body surfing, surfing, paddling. He became an LA County lifeguard, working at beaches from Zuma to the South Bay. Watching the ocean for hours from his lifeguard tower he learned the ways of the ocean.

Tom graduated from Los Angeles High School in 1960, where he was on the swim team and entered UCLA the same year. He was a member of Beta Theta Pi fraternity, and was on both the UCLA swim team and water polo team. He majored in geography, later earning a master’s in physical geography. He married Toni Palmgren in 1963. While completing his master’s they moved to Sydney, Australia. While there, Tom won many surf lifesaving competitions, and once swam to an offshore island in a shark cage. Tom’s daughter Brooke was born there in 1967. After two years in Sydney, they returned to Laguna Beach and Hayden was born in 1969. Tom became a social studies teacher and water polo coach at Fountain Valley High School. In 1977, the family moved to Brownsville, Oregon. There they got into llama breeding and started one of the first llama packing businesses.

In 1987, Tom, and Madeleine Watters, moved to Sisters and continued leading llama trips for 13 years. They bought a little cabin and moved to Camp Sherman in 1989 and married in 1990. Tom enjoyed their view of Mt. Jefferson until the day he died. In 1990, Madeleine started Wilderness Weddings, performing nondenominational weddings all over Central Oregon, and Tom became her “overflow” minister. He performed weddings in a kayak on the Deschutes and on top of South Sisters among other wild places.

In his late 50s, Tom started swimming again with Central Oregon Masters Aquatics (COMA) in Bend. At first the only pool was an hour drive away, until Sisters Athletic Club opened a pool and graciously sponsored him. Under the great coaching of Bob Bruce, he worked hard and blossomed into the champion he said he was too lazy to be in college. He started winning state, then national, and world age-group records, and also open water lake and ocean swims. He swam two sections of a relay swim across the English Channel in the ’90s, in colder water than he liked, but for a good cause. He was best at middle-distance freestyle but excelled in both shorter and longer distances and other strokes too. Tom broke his first world masters record at age 60. Between age 60 to when he was diagnosed with cancer at age 72, he won a total of eight world records, 20 national and U.S.M.S. records, had 94 #1 U.S. rankings, and won numerous relays. His last world record was at age 70 in a relay, much to the delight of his teammates.

Tom was also a great ballroom dancer and after discovering the Sisters Jazz Festival, went to at least three festivals a year in the west. They had a separate life cutting up the dance floor and he had many fans there who loved to watch his happy smile and smooth moves. As he became weaker, they still danced every night in their living room, sad that COVID eliminated all travel.

After retiring from llamas, Tom and Madeleine returned to their roots, making several rugged 10-day backpacking trips in the High Sierra every summer. That was his spiritual home. In 2011 he also hiked over 500 miles across California with Cal French on public lands from the Colorado River to SLO, to show the importance of connectivity of wildlands. Tom was very involved in the local search and rescue HASTY team in Camp Sherman for many years. He was on the board of Sisters Jazz Festival, and treasurer of Friends of the Metolius for decades. Tom cofounded an online Swim Forum for elite swimmers that had hundreds of swimmers sharing health tips and all things swimming, which continues to this day.

Tom’s sunny disposition and mellow outlook on life is missed by many. Because he had such amazing doctors and excellent care at OHSU, where we feel they extended his life by many years (being in fantastic physical shape helped too!), any donations to OHSU would be appreciated: OHSU Foundation, Esophageal Cancer Program, “In memory of Thomas Landis,” 1121 SW Salmon St., Ste. 100, Portland, OR 97205.

REMEMBER: Share memories of experiences and classmates since high school and continuing into the future.

JOIN OUR COMMUNITY. We invite you to contribute your photos and videos. We welcome frequent personal updates. They can be meaningful, inspiring, irreverent, funny, sobering, or professional.

The inspiration for this website? Like many  classmates, we’ve found ourselves wishing for a convenient, on-going way to:

This website complements (and does not replace) how we communicate now. We think that there’s no better time to enjoy this website than now.

This website is for all of us by all of us.  Answers to many questions and additional good information can be found at: First Time Visitors

Interested? Join other classmates in meeting up again and again at www.fountainvalley74.com.

In order to ensure you receive important messages from our class web site, as well as messages sent directly to you from other Classmates, it's important you whitelist the email address noreply@classcreator.net (that's a .net, not a .com).

What is whitelisting? Whitelisting simply means you are telling your email program to accept all emails coming from our class web site and our Classmates. The technique for whitelisting varies by email program, but generally you will see the term "Whitelist", "Safe List", or "Safe Sender's List". This is where you want to be sure you have added the email address noreply@classcreator.net.

Class Creator, the system that helps us operate our class web site, uses the address noreply@classcreator.net when sending out email messages. Be assured that all emails sent through our site are valid — you will not receive spam email. Whitelisting noreply@classcreator.net is the single most important thing you can do to ensure you don't miss anything happening on our site or miss receiving your emails from your fellow Classmates.

Stop and take a moment to whitelist noreply@classcreator.net right now, and ensure you stay connected!

Not a member? Join Here. Find and click on your name. 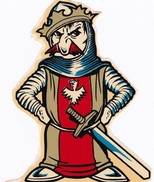 Thank you for your contribution.

Who lives where - click links below to find out.